For two years I worked on a precision measurement of the Gravitational constant. The constant is notoriously hard to measure as gravity is an exceptionally weak force (the gravitational force between two protons is 1038 times weaker than the electrostatic force between them), and therefore all other forces must be carefully excluded or monitored. Also because there is no way to shield gravitational forces (unlike electrostatics where one can put a ground around an experiment to isolate it), as such the force from any other moving mass could affect the experiment. 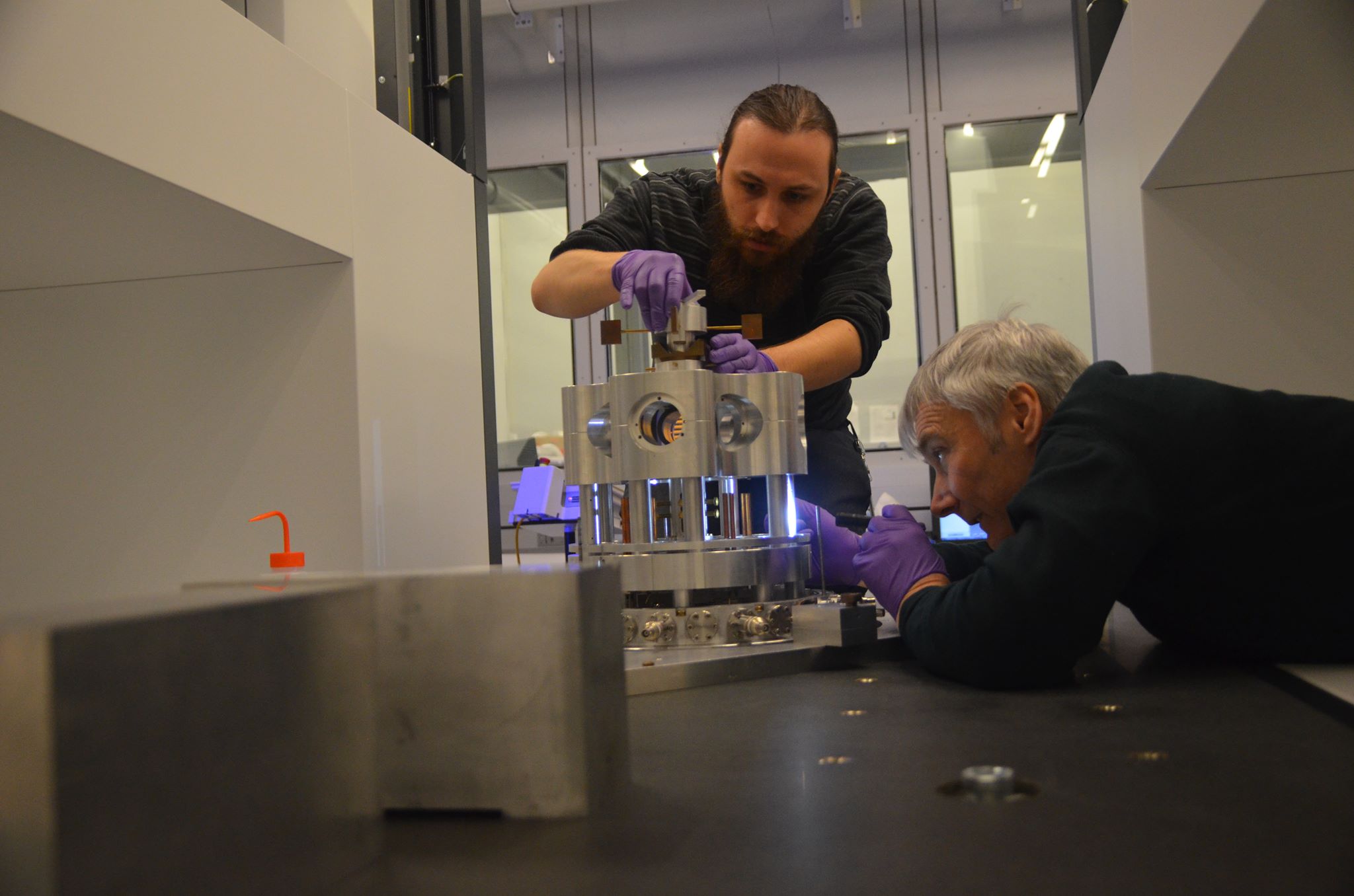 Our measurement is a repeat of the BIPM measurement, where we hope to gain understanding as to why different measurements of the constant do not agree. This measurement uses a torsion balance similar to Cavendish’s original measurement. The experiment is novel in its use of a torsion strip rather than a fibre to allow a large mass to be suspend with a low torsion constant, and due to its four-fold symmetry which is less sensitive to external moving masses.

Work on this measurement is still ongoing at NIST.